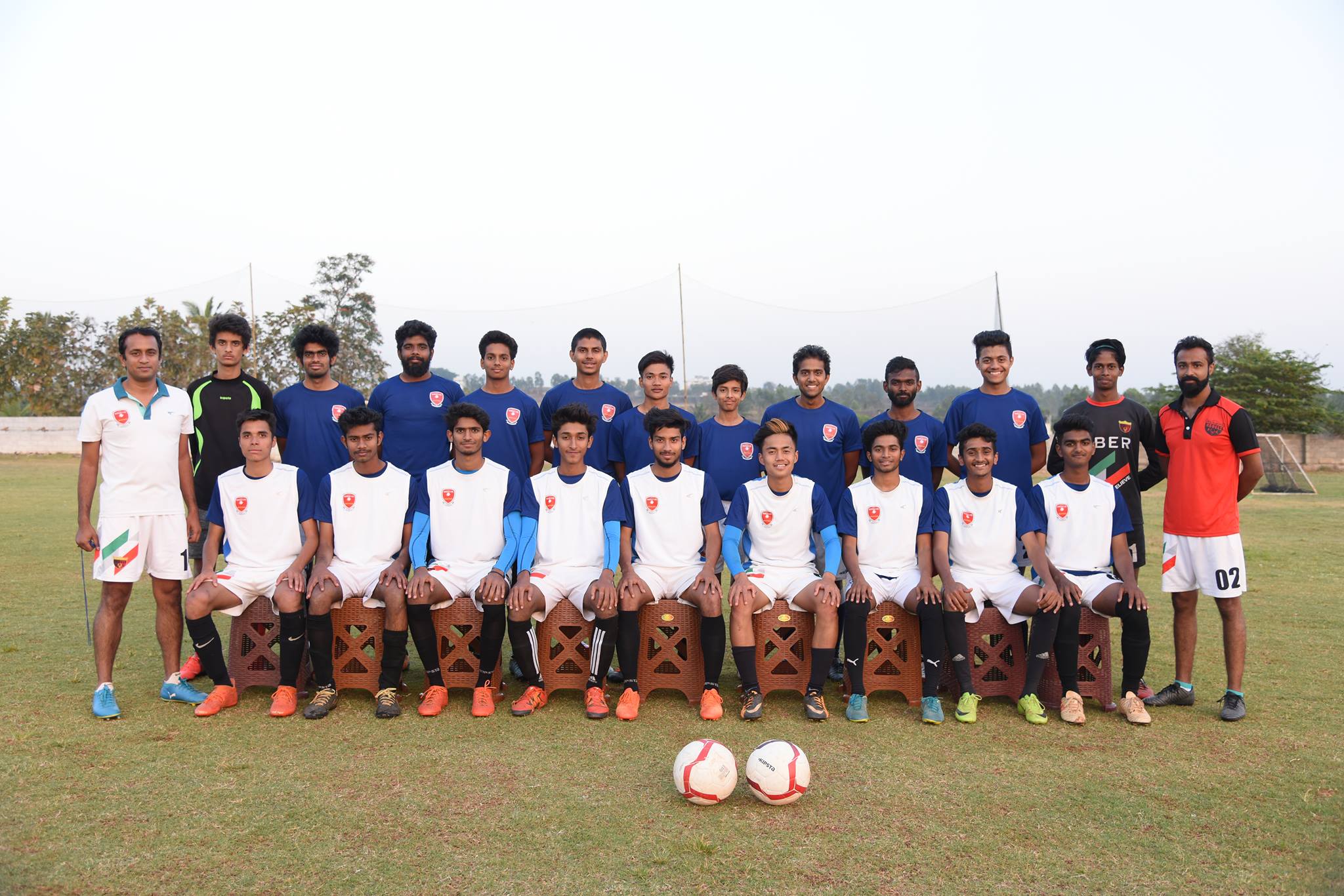 The best football academy in Bangalore,  India !
A lot of football players in India fantasize over being part of a residential football program, and so do lot of football academies in India. Not many have the expertise nor the infrastructure to be able to execute what they claim. The wait for a comprehensive football development program is now over.
Amenities - 11 a side football pitch, mini rehab pool, gym, dressing room, hostel, carefully planned tailor made nutrition plan.
Training and competition plan- Cycles of off season and preseason including practice matches followed by tournaments to round off.
Features of  the program
■ Physical, technical, tactical and mental programming. Testing, calibration , training cycles.
■ Off Season- General prep
■ Preseason- Special prep+ practice matches
■ Competition- Mental freshness and match prep
This constitutes one  cycle and a repeat of the same over the year contributes a year long curriculum.

The Senior Team participates in the BDFA Super Division League. Each season, the goal is to develop and graduate the highest number of acadeny players who are ready to make it at a senior professional level.
Education Partner- Raman Group of Institutions has extended their help in schooling and scheduling of the academic side of the development of a player.
The heart and soul of this program remain the same.
Abhishek Jagan
■ A Physio therapist with a Masters degree in Micrbiology , NCAA certified high performance strength and conditioning coach and a professional sportsperson himself, he is a rare combination of elements that makes his expertise a differentiator . Our players remain injury free, strong and well conditioned due to the well knit tailor made programs with right periodization of  work loads, rehab, prehab , and strength training,
■ He is Winner of the ISL with Chennaiyin FC brings to the team, matchless and most versatile knowledge required for a high intensity sport like football. He works with several sports including, cricket, football, athletics, swimming, tennis etc.
SP Shaji
■ Chief coach of the Services Football Team (Indian Army)
■ Coached the Indian Army XI Football Team from 2014 - 2016
■ Winner of the Santosh Trophy (National Football Championship ) in 2016
■ Winners of Services Football Championship for the year 2014
■ Represented the Karnataka State Football Team for National Championship from 1992 – 1993
We are looking for talented young footballers in the age group of 6-18 to join the residential football academy in Bangalore , India.
If you want to join the residential football academy in Bangalore India, Click here to fill up all your details.